The history of trade marks

The history of trade marks is far less documented than that of patents and it is unclear when the English courts officially began to protect trade marks. In the sixteenth century, the courts acknowledged that these marks acted as an indication of source and held at the time that if another trader were allowed to use the same sign, this would result in a fraudulent action to the detriment of the public. The protection granted by the common law courts was initially similar to the action of passing off as we have it today, to protect a trader who had developed a reputation or ‘goodwill’ through use of a particular sign or symbol.

Evolution of the trade mark system

Later, a system for registration of marks was introduced in 1875. A limited range of marks were allowed registration. Some of the oldest Irish trade marks registered are still available for viewing on TMviewer, such as this one from 1881 for wines, spirits, liquers etc.

Like patents, trade marks were first regulated in Ireland by the Industrial and Commercial Property (Protection) Act, 1927. The first trade mark registered in Ireland at the Irish Patents Office under the new legislation was Deanta I nEirinn (Made in Ireland) logo by the Irish Industrial Development Association. 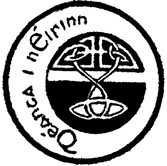 However, trade marks per se and the profession of Trade Mark Agent was not as widely acknowledged as that of Patent Agent at the time. The 1963 Trade Marks Act introduced a Register of Trade Mark Agents and all the Patent Agents were also registered in this new Trade Marks Register and so were officially recognised as members of this new profession. Cliff Kennedy, a recently retired Trade Mark Attorney at MacLachlan & Donaldson was actually the second non-Patent Attorney to be elected President of the Association in 2001, with the first being Gerald Kinsella in 1994.  Of course, MacLachlan & Donaldson has been represented in the association through two other Presidents of the Association, Norman MacLachlan in 1986 and Denis McCarthy in 2011.

As the role played by trade marks changed from being just indicators of origin to become valuable assets in their own right, by virtue of their distinctiveness or appeal, some marks were able to convey a sort of emotional allure to potential consumers. With time, trade mark proprietors claimed they deserved stronger protection to reflect the new ways in which marks were being understood. It was proposed that marks should be protected as a type of property. Importantly, this would mean that the owner would be protected when the marks were used on dissimilar goods as well as similar goods.

Once the Trade Marks Act of 1996 replaced the 1963 Act, the registration of service marks was allowed for the first time. Up until 2019, the 1996 Act was still in force, however, Irish trademark law made several changes in the implementation of EUTM Directive (EU) 2015/2436. Among the important changes introduced are the removal of the graphical representation requirement which previously held that marks must be capable of being represented graphically on the register. This now allows the registration of non-traditional mark types such as sound, multi-media, hologram by uploading a digital representation on the register. The cooling-off period for oppositions was changed as well as the burden of “Proof of use” on anyone relying on an earlier mark.

These amendments were intended to modernise the trademark system in Europe and help to better adapt the Irish Act to the business environment of the 21st century. M&D looks forward to continuing to play a part in the evolution of IP in Ireland for many years to come!

Here are some of the M&D team today, working remotely but still providing IP services to our clients. Please get in touch if you have any queries. 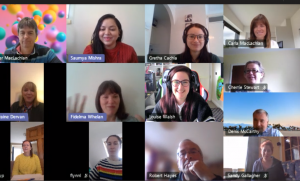 MacLachlan & Donaldson are looking forward to exhibiting at the #ploughing2022 next week. We will be at our stand, Unit75 in The Hub (Stand 609). We look forward to discussing your #intellectualproperty needs with you.
#trademarks #patents #ip #designs #agritech #innovation

We reported before on the controversy over the use of the trade mark La Irlandesa. A decision has been made about the Irish Lady. Catch up with all the latest on the blog! #trademarks #lreland #intellectualproperty #intellectualpropertyrights
https://maclachlan.ie/the-question-of-the-irish-woman-is-settled/

For the final webinar in our summer #webinarseries Denis McCarthy will be discussing unitary patents and the UPC on 23rd August. Are you ready for the change? #patents #intellectualproperty #learning
Book your free spot on EventBrite today https://lnkd.in/e6ysX-6J

The next in our #summer #patent #webinarseries is coming up next week. To find out all there is to know about Supplementary Protection Certificates with Isabel Meenan book your #free spot now #intellectualproperty #pharma
https://www.eventbrite.ie/e/patent-hot-topics-with-md-2-supplementary-protection-certificates-tickets-380468841547

This website uses cookies to improve your experience while you navigate through the website. Out of these, the cookies that are categorized as necessary are stored on your browser as they are essential for the working of basic functionalities of the website. We also use third-party cookies that help us analyze and understand how you use this website. These cookies will be stored in your browser only with your consent. You also have the option to opt-out of these cookies. But opting out of some of these cookies may affect your browsing experience.
Necessary Always Enabled
Necessary cookies are absolutely essential for the website to function properly. This category only includes cookies that ensures basic functionalities and security features of the website. These cookies do not store any personal information.
Non-necessary
Any cookies that may not be particularly necessary for the website to function and is used specifically to collect user personal data via analytics, ads, other embedded contents are termed as non-necessary cookies. It is mandatory to procure user consent prior to running these cookies on your website.
SAVE & ACCEPT
Go to Top